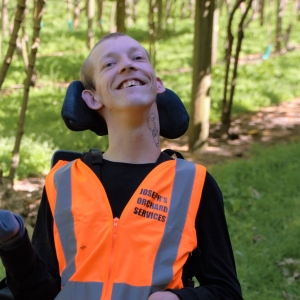 There’s beeen a lot of talk recently about the death of Twitter. This year’s Q3 Letter to Shareholders announced a 9 percent workforce reduction and the shuttering of “non-core” features. Vine, Twitter’s six-second video platform loved by fans of stop-motion photography (and almost no one else), will close just three years after launch.

With 85 cents in every dollar spent in the US on online advertising now swallowed up by Facebook and Google, Twitter’s chances of becoming a digital media giant look remote. Google, Salesforce and Disney have all been reported to have turned down the chance to buy the company which has lost 40 percent of its value over the last twelve months.

These look like grim times for the microblogging platform and for the people who love it.

But look a little closer and the picture looks much rosier, and not just because it’s impossible now to imagine a world without hashtags, @usernames, angry tweets posted directly by presidential candidates and breaking news reported in 140 characters before they make the news channels.

Look away from Facebook, and the financials aren’t terrible. Twitter’s Q3 revenues of $616 million beat analysts’ predictions of $606 million. Helped by an increase of 4 million monthly active users since the second quarter, to reach 317 million users, the company’s share price rose by 4 percent at the end of October.

Investors understand that Twitter might not be as spectacular a success as Facebook has turned out to be but it’s doing fine. The company aims to be profitable in 2017 and some experts are predicting that when Twitter hits the right price, a media company will snatch it up.

The company is already in the right place for that to happen. Twitter’s partnership with NFL Thursday Night Football is turning a spectator sport into a participation sport. Viewers with smart TVs can watch comments posted on Twitter on the side of the screen and can join the conversation about a shared experience in real time. The company has reported audience growth week-by-week. The live streams of Bloomberg Politics’ presidential debates were also a success. Viewing figures increased by 30 percent after the first debate and reached 3.3 million unique viewers.

Periscope has been around longer than Facebook Live and is in a prime position to make the most of the rise in live video content; for the last two quarters, video has been Twitter’s top revenue generating ad format. Able to offer premium live content and conversation with a large audience targeted with precision, Twitter has seen strong advertiser demand across both video and live streaming ad formats. “This is just the start of what we believe will be a long-term shift away from desktop video to premium mobile video,” the company said.

I believe Periscope should just be called Twitter Live, and Twitter should make a push to become a broadcast channel that encourages people to engage with shows, brands and personalities. Of course, the current conversation should continue.

The world needs a place where everyone can congregate and share their views with hashtags and @replies. Brands need a forum on which millions of users discuss their marketing messages and talk about their products in real time. And one media company will eventually decide that it can benefit from owning the platform on which those live discussions are taking place.